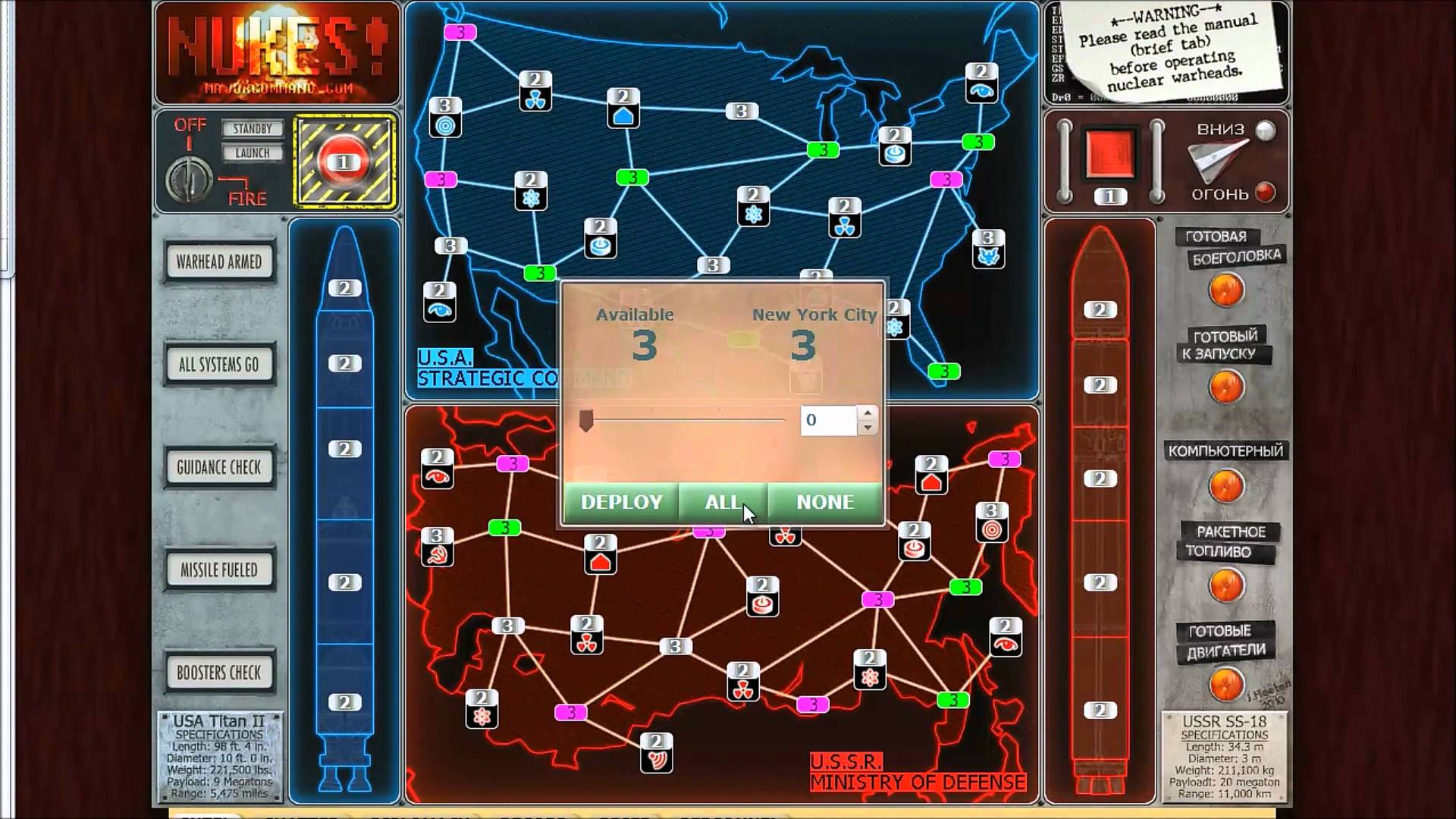 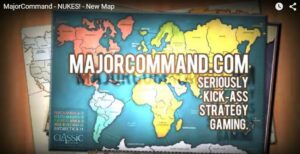 Hey, guys. So I just wanted to go over this new Risk map that we’re releasing here this evening. It’s called “Nukes” It’s very innovative, it’s a great two-player map, but you can certainly play on it with more players. It was designed and the graphics are all by WidowMakers. The gameplay is by myself and Incandenza. A few other people are involved as well so, it’s a bit of a team effort. But it’s a really great map and you definitely want to read this “Brief” tab right here because they’ll tell you how it works. But I’m just going to go over an overview of how it works.

Basically, there are two countries. We have the United States and the USSR. Here I am, I’m green and you can see that I’m mostly in the United States but there are some of me in the USSR and Shepherd looks like he’s mostly, basically the reverse. What I’m going to want to do here is try to get him out of the United States and he’s going to try and get me out of Russia. But once that happens, there’s only one way to attack across countries and that is to build up your nuclear missile, get it to launch and then launch it. Then when you do, it says right here, you’re going to get 50 armies to rain down fire and brimstone from the heavens upon your opponent. But building your arsenal, building the warhead and launching it is not that simple. There are few things involved.

If you read the brief, it says right here in order to launch your nuke, you need the President or the Premier, the target acquisition and the entire missile. So the President of the United States is here in Washington and the Premier for the Russia is here in Moscow. So you’re going to need to hold this region as well as target acquisition which is on the other side of the country here and then you’re going to need to hold the entire nuke and then get to the launch button in order for that to happen.

So there’re lots of neutrals here. I’m just going to change the neutral to neutral. There are lots of neutrals to go through and you’re just going to start with a few, with a handful. I’m going to deploy three troops. The first thing I want to do for sure is to get Shepherd out of the United States. That way I can build my forces without him being much of a nuisance.

I’m going to take my troops here and deploy them in New York and I just want to see if I can take out DC here. Another cool thing is there’s lots of really cool animation that we’ve done over all these various things. Just a little something extra for you. So I’m going to go from New York to DC, I’m going to Blitz and I’ve done it.

Great. I’m starting to take Shepherd out of here, but these are non-standard bonuses, and the way you get bonuses is if I hold the President, that’s two troops; if I hold Nuclear Fuel Enrichment, that’s one troop; Research Center is one troop. Here is a research center, here is one, here is nuclear enrichment. So you’d want to hold those and you’ll get one extra troop for each one you hold per round. 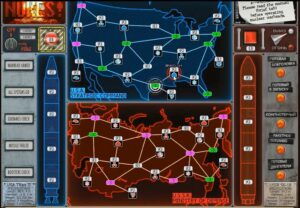 Also, the President and Premier are quite important. So you’re going to want to keep those fortified. Now once he’s out of United States, then I’m just going to start to build up here. This right here, they’re bunkers. They’re pretty important. You get two there, but you don’t get them to deploy. They’re automatically deployed there. If you hold this in time, they’ll just build up and then you can move those people around as well.

Now once you’re each on each other’s sides, then you’re going to want to build up your missile and you want to do that from the silos right here. This silo right here connects to my missile which is right here. I’ll start taking these away, and building it up, and get to the top, and then I’ll get to that when I’m ready to fire. But I can only fire when I have the President, the Acquisition and the full missile.

Now if I’m starting to get up to that, then Shepherd can do a few things. Like there are these spies right here, KGB over here and the GRU. These spies are able to attack several things. Let’s check the brief, spy agencies can bombard scientist, Acquisition, and the President. If it looks like I’m going to rain down nukes on him, what he can do is use his spy to disable my President. He can’t take it over, but he can bombard it, which reverts it to neutral. Then, I’m no longer able to launch my nukes or he can do the same for the target acquisition as well.

That’s just an easy way to do a last ditch defense as well as reduce the effectiveness of having the President and acquisition which are valuable things to have. You’re going to want to keep some troops on your spies and you can also bombard the scientists as well to try and reduce the amount of troops he gets each turn. There’s a lot of strategy involved, there’s a lot of things in play that you’re going to want to keep your eye on and it’s a great way – it’s quite easy for one person to get ahead and then you can start bombarding them, then they sort of slow down.

This is why it’s a great two-player new Risk map. It certainly works well on more players but you just got to figure out who’s going to be the dominant here and who’s going to be the dominant here. It usually always gets down to two players. So it is a fun and challenging strategic new Risk map. I hope you guys enjoy and I hope you get to rain down some serious nuke age on people. Thanks.