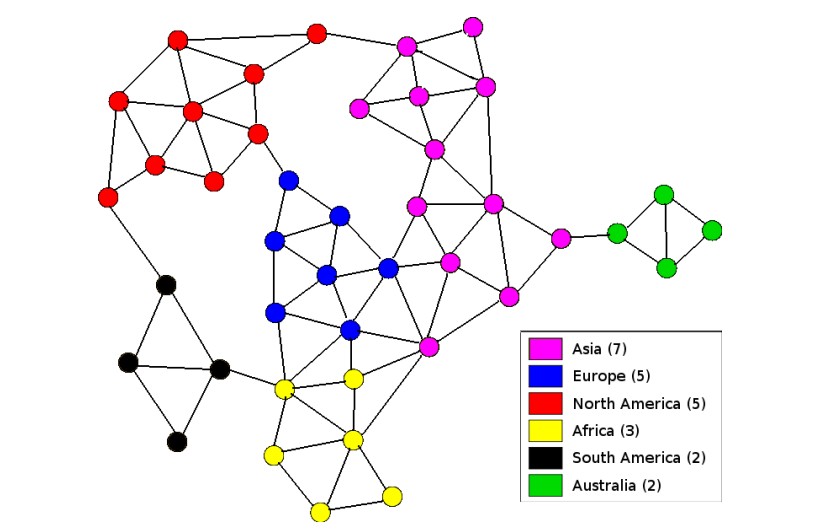 How to win Risk game? Is there a strategy that can help you to win board game Risk? Many critics make the incorrect assumption that winning Risk is “nothing but luck.” This couldn’t be further from the truth. Anyone who plays Risk knows that games aren’t won by magic. There’s a lot of thought and preparation that goes into each victory.

In order to win Risk game, players need to understand what they should, and should not, focus their energies on. Being able to separate winning moves from losing ones will give a player huge advantages over their competition.

Whether it’s playing Risk online or challenging friends in person, these strategies can help any player to improve their game and crush their enemies.

In the game of Risk players are rewarded for capturing land. The more territory held, the greater the reinforcements. In other words, the game is all about attacking and capturing ground. Despite this, many players make the huge mistake of trying to play defensibly. This is a fatal error. People who don’t expand their empire never reap the rewards of more reinforcements. As a result, they are quickly overpowered and defeated. In many cases the player focused on defense is the first one to be eliminated from the game. While holding terrain is fine, don’t get fixated on defending every single little territory. It could lead to an early defeat.

Although playing defensively isn’t the best idea, recklessly attacking everyone isn’t much better. Anyone who plays the board game, or plays Risk online at a free site, has seen the dangers of an unfocused offense. Whole armies are destroyed in a senseless land grab for useless soil. Instead of attacking for the sake of attacking, try to expand strategically. Capture territories that are immediately beneficial and look for areas that will offer more troops or access to new lands. Doing this prevents unnecessary loses.

There’s nothing worse than having an enemy barrage into a continent and steal away all the additional bonuses. Many games of Risk have been lost because a player simply failed to defend their continents from attack. Make sure to have plenty of troops guarding the entry points that they enemy could possibly attack. This can preserve bonuses while also keeping opponents at bay.

On the traditional map (which is usually included on every website where people can play Risk online), capturing South America is crucial for world domination.  Taking the continent gives offensive options into other territories while also providing an ample supply of reinforcements. Additionally, South America is fairly easy to defend (unlike, say, Asia). These factors make it a great territory and one that can assure easy victory.

Most novice players make the mistake of focusing all their energy on the capture of Australia. In traditional Risk games, and many variants, Australia is a continent that’s easily definable. This causes many players to obsess over controlling the region. In fact, many conventional strategy guides even recommend doing this. However, there are two huge problems with this tactic: Everyone already knows  it, and Australia doesn’t allow for a lot of attack options. Focusing on capturing and holding Australia causes players to box themselves in, allowing them to fall behind and become overwhelmed by their opponents.

Many players lose simply because they have no idea how to manage their reinforcements. Don’t be like them. Try to reinforce the front-lines and fortify any place where the enemy could attack. Doing this protects against invasion and allows for some pretty impressive assaults against opponents. It’s better to have troops right where the action is than to let them sit back and idle where they won’t be needed.

This may sound obvious, but it’s one of the biggest pitfalls for many players. Most people do not actually focus on winning when they play a game. Instead they goof around without any real plan, hoping that they’ll magically attain some sort of victory. This is something that has been studied extensively. According to a report by Dr. Jay Martin, players who “focus on effort” become “high achievers and competitors in school, on the field and in life.” Making a conscious decision to win, rather than hoping for blind luck or assuming your opponent will slip up, will help you to steam roll the competition.

If players think that someone has the definite lead they’ll be more likely to gang up and attack the “winner.” It’s easier to fight enemies one at a time than it is to defend against a collation between two or more opponents. Try not to draw much attention. This way other players will continue to battle it out between one another instead of teaming up. Letting enemies fight among themselves is a great way to soften them up before launching a massive offense.

The player who doesn’t know the map or the rules is the player who will lose. Many of the Risk online Free variants have extra maps that switch things up. These could be new rules, different maps, or even unique unit types. Get to know all of these. Being able to control the right territory or attack with the best unit can make global domination infinity easier.

Try to come up with a grand plan. Think up moves before the start of each turn. Players who do this have a lesser chance of being caught “off-guard” or missing out on an important opportunity. Be observant and watch what the other players are doing. Then take advantage of any opportunities that they might have overlooked.

These simple tips can help players to become much better at the game of Risk. Some of these strategies might sound like common sense, but they are actually overlooked by many people. As a result, applying even one or two things from this list could make it significantly easier for you to win Risk when playing your next online game. Read more tips on how to win the game.