How To Win Every Risk Game?

How To Win Every Risk Game

Most people usually come into this game having their mindsets. This in turn means that they already have assumed a couple of things about the game that they are going to involve themselves. Such ideologies may limit their capabilities of being competitive Risk game players. With that being said, there is nothing like luck when it comes to playing this game effectively. Such thoughts need to be far from any individual who is interested in playing this game. This guide can play a key role in assisting people do better as they play risk. Different elements are usually incorporated in the game and will entirely depend on the theme. There might be cards involved. The manner in which they are handled makes it possible for one to see what might be coming their way. Methods used to progress in the game may be such as the rolling of dice. Rolling to dices usually depends on probability. All in all here is a breakdown of some tips and guidelines that will assist a novice player play like a pro.

Basics On How To Win Every Risk Game 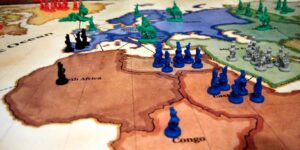 The first and most important thing that one needs to understand when they play Risk game is that it is not for the weak at heart. People cannot handle losses or tend to get so emotional and perhaps start crying should not play risk game but instead look for a more family-friendly options. Everyone will be out to win, and some people will go hard at it. The two individuals involved here are the attacker and defender. The attacker is the individual who makes the major moves. This may make most people consider them as having the upper hand. One important element used here is the armies one obtains. These are meant to secure the territories one has. Some people opt to get as many armies as they possibly can. They keep adding them and not putting them to use. That may seem like a wise move, however, not when dealing with experienced players especially if you will play risk game online. These individuals know the right moves to make and will use your inexperience to their advantage. They will simply crush you.

Those with experience, play risk game wisely. They do work at getting armies just like any other player would. Their secret does not involve piling up these assets but using them as soon as they see a window of opportunity. A player in the lead position will be first to attack. At times, no particular person can be pointed out as being in the lead. In this case, an individual who is considered vulnerable will be the first to be attacked. A gamer who chooses to attack another might have seen an opportunity earlier than the rest of the players. The move they make may get them more armies, therefore, putting them in the lead. One needs to think on their feet to be able to get ahead. One can get more armies by getting rid of a certain player. Through this one gets ownership of their risk cards. Some players also work on obtaining certain territory such as a continent that can also be crucial to getting them ahead.

Start of the game 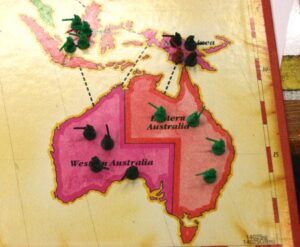 As the game begins, cards are shuffled. They will then be shared among players. The sharing of cards is a good way in which the territories can be distributed easily among the players. Apart from that it is also a random method that does not involve any bias. The moves players make will be to accomplish the following tasks. One is to secure the places they have at the beginning of the game. Not only that but they should also try to get other places that are probably in possession of their opponents. Working in territories that are close to each other is a smart move and can be described as building a powerful base one step at a time as you play risk game online. This is because such an area is just the perfect starting point. Some areas cannot be immediately attacked, and this is because they are quite far off. Placing armies all that way is just a waste of time. A better option is fortifying the regions that one already has in their possession. Through this one has better chances of getting somewhere.

Rolling the dices is also a major part of winning the game. This in turn makes a couple of people believe strongly in the huge role that luck plays in the game because there is no way that the dices can be controlled. This kind of thinking should be done away. Those used to this game understand that there is some comparison that is done. The comparison is done according to the number of times that the dice is rolled by those playing the game. This type of view enables individuals to be able to tell where the attacker and the defender will stand at the end of the day. The attacker will be better placed when the game is done. To be on top in this game, one needs to attack constantly their opponents. This is in a bid to obtain territories. The more success they get, the better they will be. Being aggressive can get players quite far. However, being defensive at times could also be the better move to make.

Where and when to attack

As one starts out, they need to know the basics. That is what will work for them and what will not. As the risk game starts, all players usually have limited armies. This is what they have to get ahead. Everyone has an equal opportunity, and the difference is what they choose to do with it. When in possession of an area that cannot be attacked, there might be several advantages. The place is not entirely invincible, but it will not be the first area to be eyed by other players. Players should aim to conquer the board. This involves having few attackable territories. When they have a powerful army, it will be easier for them to secure these regions. Being in possession of certain territories such as Australia is usually considered as being in an unbeatable position. It is a great place to build. There are different positions that a person may work with as they play risk game. Some of them are powerful. This in turn, does not mean in any way that opponents cannot obtain this space.

Each player will be working to get ahead. You might see one of your opponents building a strong position for himself. This might mean bad news for you as the game progresses. The sooner you attack such a player, the better. The more one attacks, the more they will be taking down armies that may have been used against them. This might lead to the player obtaining that said territory. If they fail to, they will weaken it for a period.

Attacking the opponents you have been the best way of getting ahead in this game. However, the moves that are made ought to be smart. If a player attacks aimlessly they may end up losing in the long run. This is because they will only be weakening themselves. Attacking others gives one a chance of taking the lead in the game. Acquiring another’s territory is not obvious. Nevertheless, the attack may serve to weaken that area for quite some time.People should avoid getting into this game with their own preconceived ideas especially if you are going to play risk online against a highly experienced player. It is better to come in with a fresh mindset. The main aim of the game is to try and get more gains than losses.