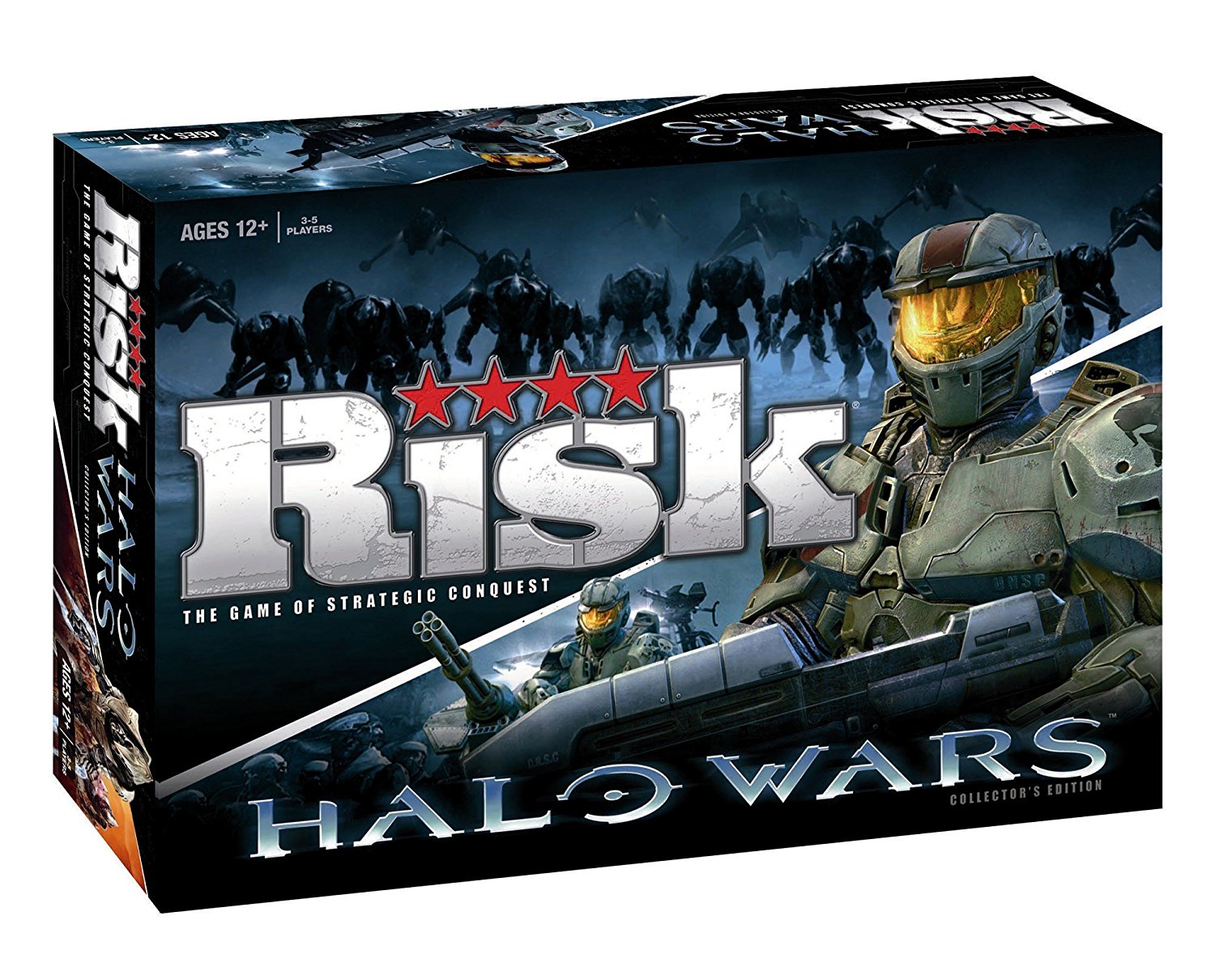 There was a point in time when Halo was such a large franchise, that it was almost synonymous with Microsoft’s Xbox consoles. While Bungie’s hit series of first-person shooters has since fallen to the wayside in recent years, its legacy remains, and a significant part of that are the crossover games which including board game adaptations of Halo.

RISK Halo Wars is a version of the RTS Halo game that came out in 2009. Halo Wars might seem to be compatible with the RISK game on paper, but making a real-time strategy game work in the turn-based format of a RISK board game, is another thing altogether. Then again, if you’re skeptical about that, then RISK: Halo Wars might surprise you.

What is RISK: Halo Wars?

RISK: Halo Wars is a board game set in the Halo universe, specifically in Arcadia, wherein 3 different factions are battling against each other to take control of Arcadia. The human UNSC, the alien Covenant, and the threat known as the Flood are different, with their own strengths and weaknesses distinct enough to distinguish themselves in the battlefield.

This version of the RISK board game is designed for 3 to 5 players, with each game lasting an average of an hour to well under two hours. The board has 42 territories split into 6 sectors, and you get around 250 game pieces to play with as your armies, as well as cards and other knick-knacks.

There is also a game manual, which explains what the game is about and how to play it. It should be easy enough to follow for those who have played RISK games before, especially the more recent iterations of the strategic board game, but it is always a good thing to look deeper into what it is about. If you want to play RISK online, or any of the different RISK board game versions, then it helps to familiarize yourself with the game’s own specific uniqueness of playing.

Playing RISK Halo Wars is not that different from playing most other RISK board game adaptations of famous franchises. It is mostly the same RISK game rules and gameplay mechanics as the Revised RISK board games. You may choose to play this game like you would play a Classic RISK game if you wish, but in my opinion, it’s better to play the “Complete” mode, which is how this RISK game was designed to be played.

Among the 3 factions in RISK Halo Wars, only the Flood is never played by more than 1 player, and it is only played when there are an odd number of players in the game. Otherwise, only the human UNSC faction and the alien Covenant faction are played. What makes the Flood special is that it gets more units, cards, and resources since they’re more of a swarm akin to the Arachnids in Starship Troopers and other similar fictional races.

Fifteen colonies are randomly placed all across the map, counting as additional territories that are counted in the deployment phase. Four different kinds of units are deployed, from the basic trooper worth 1 unit to the advanced trooper worth 3 units, as well as the leaders and the bases. One base is allocated to each player during the territory selection phase. The player is given an extra unit for each base controlled.

The aim is to gain control of your base, and you get an extra unit in each turn for each base you control. Leaders provide +1 bonuses to dice rolls, so having them with your main attacking force can be very helpful indeed. With both leaders and bases behind you, the growth of your capabilities may snowball and you can eventually run your opponents over.

Cards come from conquering territory, and each have either 1 or 2 skulls. These skulls are used to trade in for more troops, with values indicated in an included chart. With these skulls, as well as bases and territories, you can get more and more troops as you win more and more battles, but these cards do give some way for players not in the lead to somehow catch up.

Even among RISK adaptations, RISK: Halo Wars is a bit of a weird one. It’s mostly for good reasons, but also rather divisive ones due to how it handles its source material in its transition into RISK. It certainly doesn’t play like the video game itself, but that’s to be expected as the shift from real-time strategy to turn-based strategy and from video game to board game are never easy ones, never mind both at once.

If you like the shorter and more conclusive games that the Revised RISK ruleset brings to the table, like strategy video games in some way, like science fiction in some way, and are into RISK adaptations of different things, then RISK Halo Wars should fit you well. Even if you are not into Halo or Halo Wars in particular, this game may warm you to it if you have $40 to spare. You do get your money’s worth with this game, although don’t expect it to go above and beyond with its quality.

The game pieces look alright enough, with alright castings that show a good bit of detail, but there are a couple of pieces that may not stand up as well as all the others. If you’re not really into sci-fi-looking doodads on your game, then this game being festooned with it may be to your chagrin. The game board and the cards are enough to play with, but they’re not exactly the best around.

In fact, the map on the board is basically like an upside-down version of the Classic RISK map, so it is not really that unique to begin with. You may try to use your strategies from regular RISK on it if you wish, although you need to flip things over, but all the other additional gameplay mechanics may mess with that too. It’s RISK, but still different enough to be its own game.

But perhaps the biggest drawback with this game by far is the lack of an exclusive 2-player gameplay mode. This detracts from RISK: Halo Wars as a big part of strategy gaming is being able to go head-to-head with another opponent. It would be great if you can play RISK: Halo Wars that way right out of the box.

You can play Classic RISK on this game, but you might as well just play RISK online, there are more variants there. Perhaps you can figure out how to go at it with UNSC vs. Covenant here, but the manual doesn’t explicitly say how to do that, so you’ll have to take the 4-player rules and tweak it a bit to fit 1-on-1 play.

RISK Halo Wars is different from other online RISK game adaptations like it, but does do a lot to translate the gameplay of its source material into a RISK board game fairly well, despite the difficulties that entail the task of converting real-time strategy into a turn-based strategy game. Whether you are a Halo fan or just looking for a different take on the RISK game itself, then this game should be at least worth a try. Otherwise, there are many RISK board game variation, as well as endless fun to be found while playing RISK online.