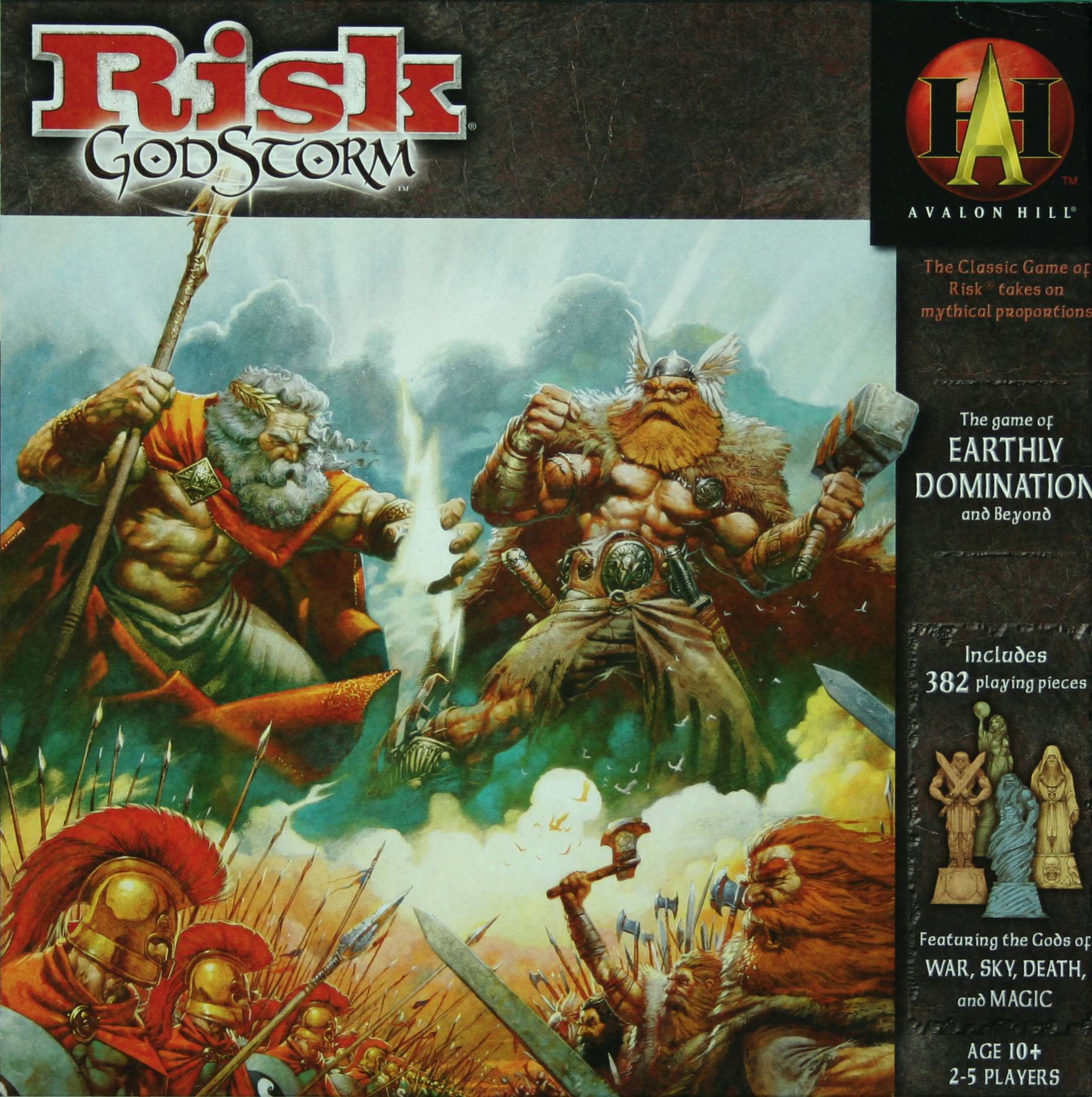 Risk: Godstorm introduces the addition of a new secondary board representing heaven and the underworld. If you ever wanted a change from the Classic Risk Game, and you have sought out some of the more advanced iterations of this very popular strategy game, then you have most likely encountered the great edition of Risk: Godstorm by Avalon Hill and the designer Mike Selinker. Now, the most advanced risk games add a new layer or two of strategy, but the God, Relic and Faith system in Risk: Godstorm gives new players grief. Here are some of the best Risk: Godstorm strategies I’ve encountered during my play hours.

A thing to always have in mind is the fact that Risk:

Godstorm has a random element that can be very game-defining (of course, there are standardized starts as well, explained in the basic ruleset, but most groups prefer having randomness in their games). Any advice you find in this guide needs to be adapted to the board conditions. Plague token in Egypt with a barrier preventing the crossing from Sicily or Kush can make Africa as accessible as the surface of the moon, so deploying your troops there may give you a massive faith boost. Always look at the map conditions when you plan your next turn.

Now, all players begin Risk: Godstorm with God of War summoned and ready for a fight. Depending on which secondary God you plan to summon, he will be either your primary or secondary attacker. At any rate, you should always be trying to fulfill God of War’s quest – conquer 3 territories. This can be done with any army, but using War’s offensive ability (considers tied dice a win instead of a loss) minimizes your losses. 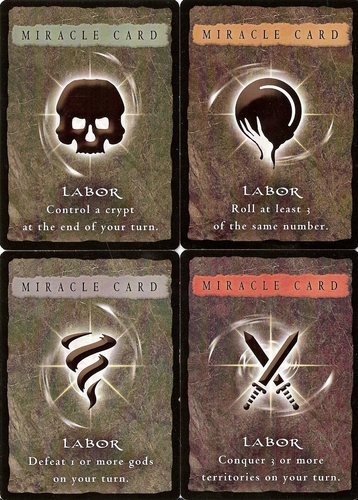 All Risk games are strategy games, and you should set your goals at the start of the first turn – the goals may change, but the turn counter doesn’t allow for much wiggle room. The high faith cost for summoning and buying cards makes the selection of your secondary god very important.

This opening is considered the safest, as her spells manipulate resources and give permanent or semi-permanent bonuses.

My personal favorite, this opening is perfect if you plan to inflict heavy damage on your opponent while denying him access to the Underworld.

This opening relies more on setting an opponent back then on conquering territories and is risky. Very situational, may be useful depending on the initial setup. 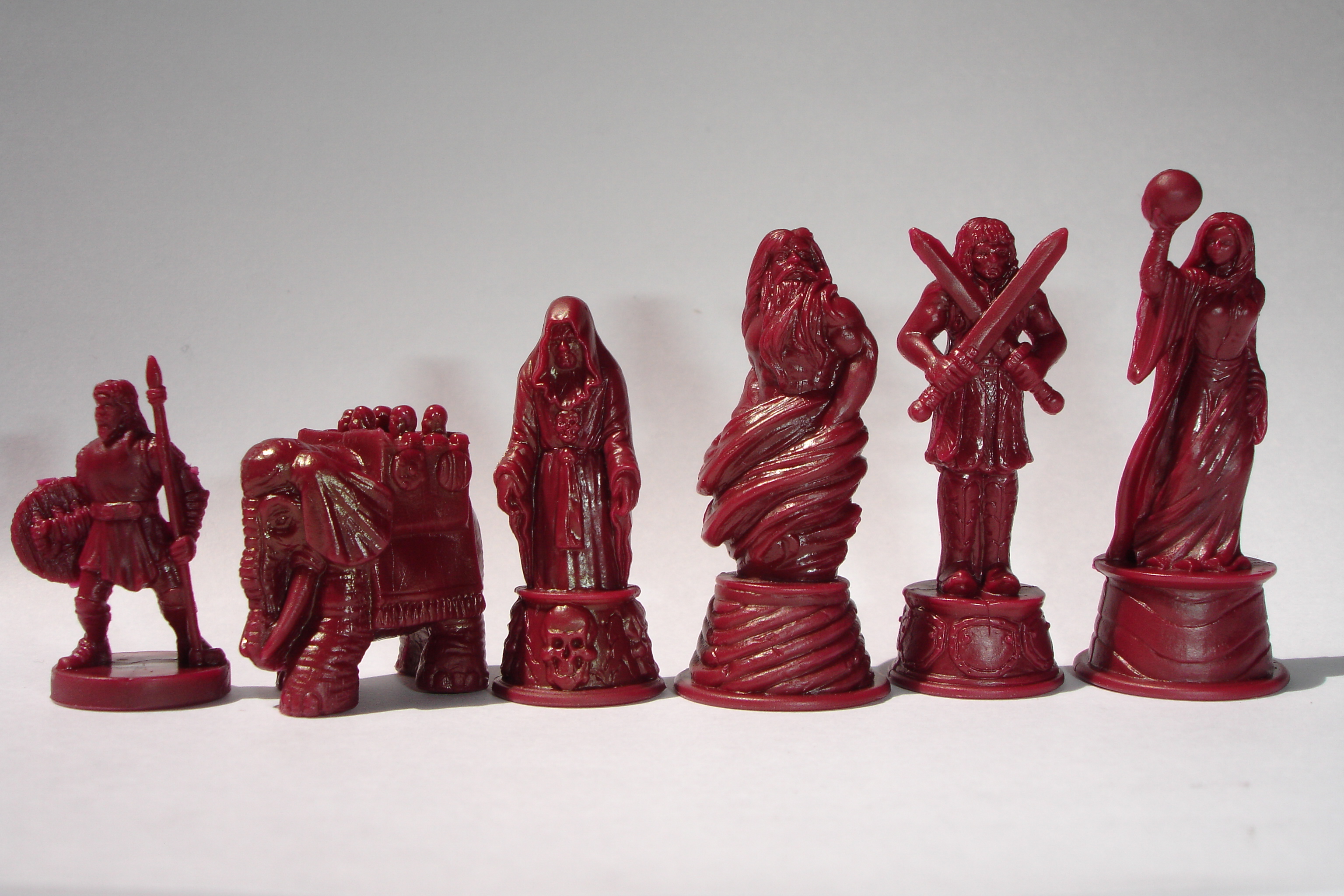 Considered to be the safest opening in Risk: Godstorm, Goddess of Magic allows you to re-roll any ones and lets you draw an additional relic from her deck if you roll three of a kind. This makes her a reasonable choice for a defensive hero (War or Death are still better when attacking) and potentially reduces casualties you take. However, her power comes from her relics, which are focused on giving you additional resources, be it armies or faith.

Goddess of Magic is a first-turn summon, and, depending on how lucky you feel, you should be buying one or two of her spells. One of the best relics you can grab from her deck is “Tablets of Destiny”, a permanent relic that gives you +3 value on the value of faith sacrificed in a bidding war. This practically guarantees that you will be playing first every turn, or, at the very least, second. This is very important during turn 2 and 3 but loses power during the end of the game.

The grand strategy of using Goddess of Magic is to deprive others of her resources by amassing faith and turning it into an early game advantage that the opponents simply can’t catch up to. Form alliances that allow you to complete your continent with minimal losses, and do what you can to prevent other people from completing their continent sets. Since you’re likely to have excess faith, summoning the third god early may be a good choice, but it depends on the relics you got during the first two turns of the game. 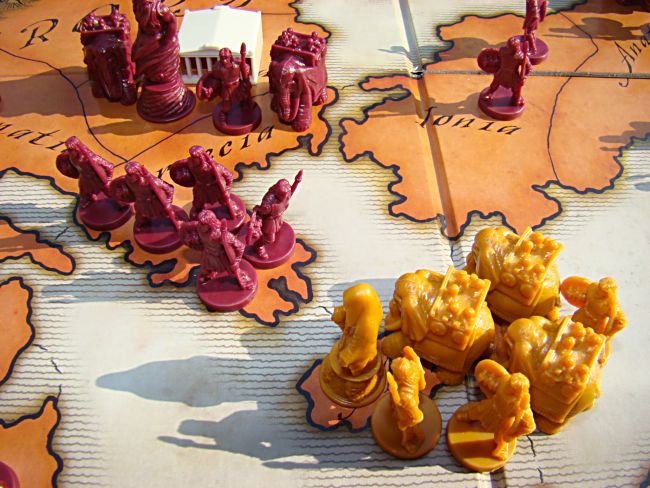 Risk Godstorm board and pieces

Now, this is my personal favorite. Once Hades hits the deck, opponents that don’t react quickly to his gameboard presence will be annihilated, and unless you have very poor luck with rolling the dice, you can expect that you’ll be dominating the Underworld. It’s a part of Risk: Godstorm that many forget about, but controlling objectives in the Underworld also scores you victory points, and if you achieve total domination there, the underworld is as valuable as a land continent (well, not as Europe, but not too far off either).

In Risk: Godstorm, the God of Death can completely remove units you defeat while using him in the game – you deplete your enemy’s resources without giving them a chance to replenish by using the resurrection mechanic in the underworld, and any losses you incur to make it easy for you to achieve your own underworld domination. You want to be using God of Death as your primary attacker, and God of War as a defender. Getting a bonus card from God of Death is easy – control a crypt at the end of the turn, and you’re good.

Like with Goddess of Magic, the real strength of the God of Death is his spell pool. These are some of the most expensive spells in the Risk: Godstorm game, but when used correctly, they can wreak havoc. Ability to place down an additional plague token, the option of sinking Atlantis, completely denying victory points from another player (or making sure nobody can sink Atlantis if you’re in its possession), these can decide the match with ease. Examples are: “The Mighty Have Fallen” – Cut each of the three largest armies in half. Excellent to play if you were having a rough time and it looks like the opponents are so far ahead of you that you have no hope of catching up. Combine with “The Dead Walk” which summons armies from the underworld to your temple, or one of the God of War cards that allow you to re-position or reinforce your own armies, and you’ve got a combination that can decide a lost game on turn 4 or 5.

The most fun I have with this build is “Pandora’s Box” build – a relic that forces you to draw and immediately play (free of cost) a card from the death deck at the start of each turn. It can set you back as well, but the chances of inflicting pain upon opponents are much greater. 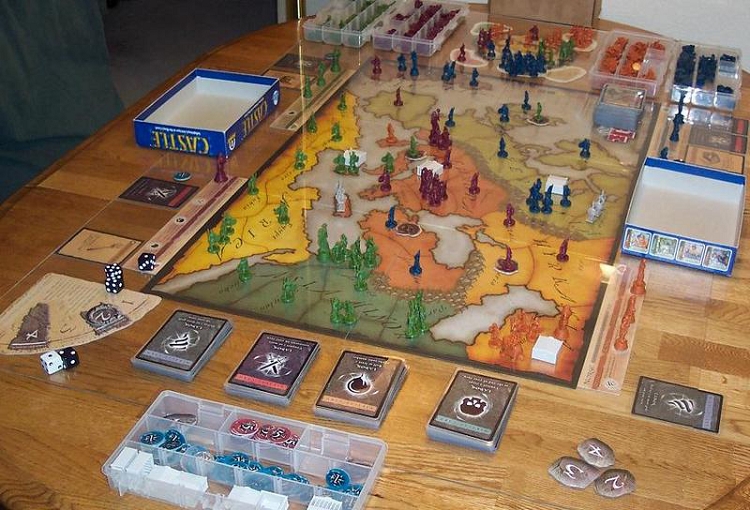 Your grand plan here is to make sure nobody else completes their own grand plan in this game. While other gods modify the troop losses in one way or another, God of Sky is there to brawl other gods, and his skill, as well as his deck, reflect his purpose. It’s a strategy rather reliant on dice, as you need to eradicate the armies on the field to kill a god, and your opponents will have gods that re-roll ones, use draw dice as wins for themselves and remove your troops from the battle, but with good planning you can force opponents to waste faith on having to summon their gods again, or risk having cards (which were bought using faith) rendered useless – you can’t play a card unless the god of the corresponding card group is in the game.

God of Sky should be only used for god fights, otherwise, you’ll be using God of War as your primary attacker. Most of his spells are about positioning or bonuses/penalties during Godfight, so they should be used every chance you have instead of saved for later (like War/Death spells). Hit your opponent, keep their gods off the map and try to take over their temples – that’s your game plan first 3 turns. If you’re successful, by the time last two turns come around, you shouldn’t face too much opposition on the path to claiming victory points.

War, Magic, Death or Sky, which god do you find most useful in the Risk: Godstorm game? Leave us a comment, and good luck with your Risk: Godstorm matches!